Research in which Unai Pascual, Ikerbasque researcher at BC3, has participated and published in the prestigious journal Nature Ecology & Evolution identifies the critical terrestrial and coastal areas where we should focus our efforts for the conservation of nature 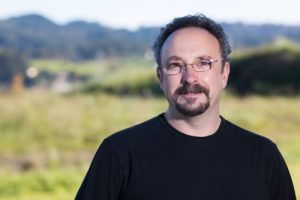 The United Nations Convention on Biological Diversity (CBD) will meet in a few weeks in Montreal to adopt new targets for biodiversity conservation, restoration and management. These three frameworks will influence sustainable development for the rest of the decade alongside the global commitment to the UN Sustainable Development Goals and the Paris Agreement on climate change.

Ecosystem and biodiversity protection goals have been criticised for not taking into account the needs of the people who depend most directly on them, such as indigenous and other local communities. Identifying the contributions that nature makes directly to people is therefore essential to ensure equitable and fair nature conservation decision-making.

A new study by an international scientific team including researchers from the Basque Centre for Climate Change (BC3), Ikerbasque and the Natural Capital Project at the University of Minnesota demonstrates how nature conservation contributes to human well-being at local and global scales, and maps those ecosystems that are essential to local communities and also contribute to the well-being of society globally.

Published in Nature Ecology & Evolution, this work shows that conserving 30% of the planet’s land area and 24% of coastal waters could sustain 90% of the contributions that nature currently provides to people in all countries. These vital benefits provided by nature are of enormous cultural and economic value as they are associated with the provision of food, clean water, physical and mental well-being, as well as many other invaluable cultural benefits.

Prioritising efforts to conserve, protect and restore areas identified as “critical natural assets” could maintain a high proportion of the natural benefits accruing to people directly. “Every person on the planet benefits from nature,” says Becky Chaplin-Kramer, lead author of the study at the University of Minnesota. “What is striking is how many people benefit from a relatively modest proportion of the entire global land area. If we could maintain these areas in their current state through conservation mechanisms, we would be able to ensure that these benefits to people, both locally and globally, continue for years to come.”

These valuable ecosystems are found in every corner of the globe. Some, like the forests of the Congo Basin, are recognised sources of environmental value. Others, on the other hand, may go more unnoticed, but each is vital to the respective communities they serve. It is worth noting that in every country there are also areas that are globally essential for climate mitigation and biodiversity, such as the Amazon, but which cannot provide all their benefits locally and therefore require greater attention to be paid to the conservation of nearby areas, such as the Parana River, which connects the many population centres in central South America. Similarly, the headwaters of the Yangtze and Mekong rivers emerge as areas of key importance to many people in Asia.

Measuring and mapping areas that provide important benefits to people would provide the information necessary for policy makers to better consider impacts on local communities when choosing conservation policies and investments. Unai Pascual, Ikerbasque professor at BC3, co-chair of the recent Intergovernmental Platform on Biodiversity and Ecosystem Services (IPBES) Assessment Report on Diverse Values and the Valuation of Nature and co-author of this study, says that “this research helps to answer a crucial question: where should we focus our efforts for nature conservation with a global vision? The study identifies critical terrestrial and coastal areas that could be prioritised for conservation, while ensuring that nature’s benefits, such as clean water supply, food security or storm protection, continue to reach local communities as well as humanity as a whole, for example through climate regulation. The study offers the most comprehensive view of nature’s contributions to people that has been mapped so far at the global level. Moreover, the approach developed can be used at various scales of decision-making and complemented by input from local experts and stakeholders. “Global maps can provide a global view and reveal large-scale patterns, but they require a local context for decision-making. It’s like if a map app on your phone first gives you an overview of your route, but if you want to see what it will look like once you get to your destination, you switch to a street-level view: you need both to really know where you’re going,” explains Chaplin-Kramer.

Pascual adds that “the study can help conservation efforts provide for the multiple values of nature, including the intrinsic values of species and ecosystems, while recognising the multiple ways in which people benefit from nature. We hope that this type of study will help to bridge the gap between the different values of nature that are considered by practitioners and policy makers interested in optimising conservation and development efforts around the world”.