The new subsidiary of E2M COUTH Vision Systems, S.L.U. in Turin will start operations in January 2023.

The opening is part of the Gipuzkoan company’s strategic plan, focused on investment in R&D and international geographical expansion.

Its opening will allow the Group to advance in its objective of continuing to grow in the field of laser technology marking and intelligent artificial vision systems. 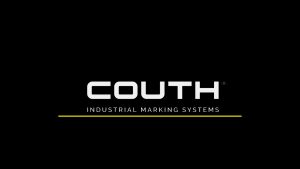 The COUTH industrial group, a leader in industrial marking and traceability and intelligent machine vision systems, with its headquarters in Hernani, has announced the opening of a new subsidiary in Italy, which will be operational on 1 January 2023 and represents the expansion of the Gipuzkoan group’s international presence.

“With our establishment in Italy – explains José Antonio Erdozia, CEO of the COUTH Group – we are committed to bringing and guaranteeing the excellence of our technical service and professional advice to our customers in this market that is so important to us, where important manufacturers in our target sectors are located”.

The opening of the Turin office will allow us to offer an optimal service to the Italian market, as well as to offer the COUTH and E2M COUTH product portfolio, focused on industrial marking and traceability, as well as vision systems for inspection, orientation and rejection for different sectors such as automotive, beverages, food, pharmaceuticals and other industrial areas.

This is also the first joint action of both companies in the international market since the Basque company acquired the Catalan company.

COUTH, which began its activity in 1954, is a specialist in industrial marking and traceability with a presence in 66 countries, to which it exports 84% of its turnover.